The love story of Alma Reed and Felipe Carrillo Puerto

She was a reporter for the New York Times Magazine on assignment in Mexico. He was the handsome and dynamic beloved Governor of Yucatan. It was Valentine’s Day, February 14, 1923. On that day, Governor Felipe Carrillo Puerto welcomed Alma Reed’s party from the Carnegie Institute to Yucatan to begin extended studies of the recently discovered Mayan ruins. Later that day, he called on her and invited her to go for a walk, see one of his administration’s model socialist villages, and “enjoy the unusually beautiful sunset.”

That was the first of some three hundred fifty days that would be engraved on Alma Reed’s heart, days that inspired and haunted her until the end of her life–three hundred fifty days of intense research and writing, trips, elegant luncheons, dinners, parties, impressive personalities, incredible adventures in the Mayan jungle, vows of undying love, flowers, gifts, passionate letters, and plans for a San Francisco wedding and life as First Lady of Yucatan in Felipe’s Villa Aurora. These days and her plans were cut short when the governor was assassinated on January 3, 1924, just a week and a half before their scheduled wedding.

Documents, letters, newspaper clippings, and her autobiography, Peregrina, Love and Death in Mexico, give testimony of their passionate love, their high ideals, their good deeds, and their plans to be protagonists in a glorious future for Yucatan and for Mexico. The melancholy ballad “Peregrina” had been composed and dedicated to Alma at Felipe’s request, immortalizing their brief, passionate love affair, and Alma’s unforgettable beauty.

There is little doubt that what Alma Reed and Felipe Carrillo Puerto experienced during those three hundred fifty days was profound and real. The force of the attraction between the lovers is not diminished by the fact that the protagonists were not a virginal Juliet and a passionate adolescent Romeo but a well-traveled divorcee of thirty-three and a fifty-year-old womanizer with an estranged wife and four children, including a married daughter. However, that fact does raise questions about the years leading up to February 14, 1923.

Felipe’s story goes back thirty years before that fateful St. Valentine’s Day to his youth in Motul, his participation in the Mexican Revolution that overthrew the dictator Porfirio Diaz, his overwhelming mandate for the governorship, and his leadership for reforms in education, women’s rights, prisons, labor rights. To this day, his accomplishments reverberate in the Yucatan Peninsula and beyond.

Alma had already been honored by Mexican President Alvaro Obregon for her successful intervention in the unjust execution of a sixteen-year-old Mexican who had been unjustly tried and condemned to death in California. Because of a barrage of articles by Alma Reed, not only was the execution stopped, but a law was passed prohibiting the execution of anyone under the age of eighteen. Her story reaches forward more than forty years after Felipe’s death. Contributions to history, art, and culture were recognized by the governments of Mexico and Greece in her lifetime. She was part of a lively movement of artists and writers in New York City. She wrote books and articles. She played a significant role in bringing muralist Jose Clemente Orozco to international attention, sponsoring shows of his work, publishing a book about him, and helping him economically as he struggled to remain true to his vision. Later in life, she returned to Mexico, where she wrote for the English-language Mexico City News. These stories are sometimes overshadowed by their compelling controversial love story.

Isabel Palma and Felipe had been married on February 18, 1898, almost twenty-five years before his legendary encounter with Alma Reed. In her autobiography, Alma recounts how he spoke candidly about his estranged wife, who was living in Cuba at the time, and his children. Alma in turn told him of her brief marriage to businessman Samuel Payne Reed in San Francisco. When Felipe Carrillo Puerto and Alma Reed met, this charming man of “rare physical beauty,” already had a long-standing reputation as a womanizer. He had very likely moved far beyond the limited world of his distinguished but provincial Isabel when he frequented Mexico City night spots with the well-known American writer Katherine Anne Porter, who wrote about “dancing the tango and all the latest dance steps” with Felipe in 1921 and 1922.

A philanderer’s love can be very real. He is addicted to the hormonal high that accompanies “falling in love,” a high that fades with familiarity. Falling hopelessly in love makes a good story, and many of us believe in it when we are watching a movie or reading a novel, but love is not something you fall into. It is something you commit to, and when being there for the beloved calls for more than flowers, poems, and moonlight walks, a philanderer often scrambles to escape from the love-pit that he has fallen into. The person who is loved by a philanderer may eventually find herself forced out of the role of Dearly Beloved and into the role of Wronged Wife.

Alma kept those three hundred fifty fantastic days close to her heart. Felipe’s sudden death freed her to dream forever of an idyllic life at Villa Aurora. She would never know, and we can never know, how her love story might have turned out if Felipe Carrillo Puerto had survived.

Elvis was not famous for his hymns. His fame was built on hound dogs, blue suede shoes, shocking dance moves, bad movies, a sexy sulk, and the drug-and-food induced glittery, sweaty end of his short tragic life. I thought he had made just a few little gospel recordings, a nod to Pentecostal nostalgia. The truth is that he left a catalog of my childhood hymns, recorded in his velvety, melodious voice. I discovered them thanks to the internet.

“I come to the garden alone, while the dew is still on the roses,” brings me to tears. One of my mother’s favorites that the choir sang at her funeral so many years ago. It is embedded in a childhood memory of untroubled religion: the awesomeness of seeing the Big Dipper as I snuggled between Mama and Daddy on a mattress in the yard, trying to escape the stifling heat of our small house on a summer night.

“How great Thou art,” my dad’s favorite. Thirty years after Mama’s funeral, his grandson, my son, Adrian, sang it at Daddy’s funeral.

Daddy. I never really knew who he was, and I am so sorry that I didn’t try harder to find out. Mama told a lot of stories about herself, her life, and other people, even random people that we barely knew. Daddy, on the other hand, kept his stories locked in his heart. He was in his late seventies when he told me, because I questioned him, that at age 17 he had begged my noticeably tipsy grandfather not to go work on the oil rig that Sunday when the crew was not there. Unable to dissuade him, Daddy had gone with him and had watched in helpless horror as a poorly handled piece of equipment crushed him, causing the injuries that led to his death two days later. The saddest thing about being a child is that unless they open up to you, unless they show you the way, you have no idea how to convey your desperate childish love to your parents.

I had never paid much attention to Elvis’s gospel songs. He was the King of Rock’n’Roll. I wondered if they could have come from the heart of one who lived what I saw as a sinful and worldly life, but today he touched my heart, and I find myself in a spirit of worship to the tune of Elvis’s angelic voice. My worship ends with a doxology of sorts sung by another worldly sinner, Nina Simone: “Draw me nearer, nearer blessed Lord, to the cross where Thou hast died.” 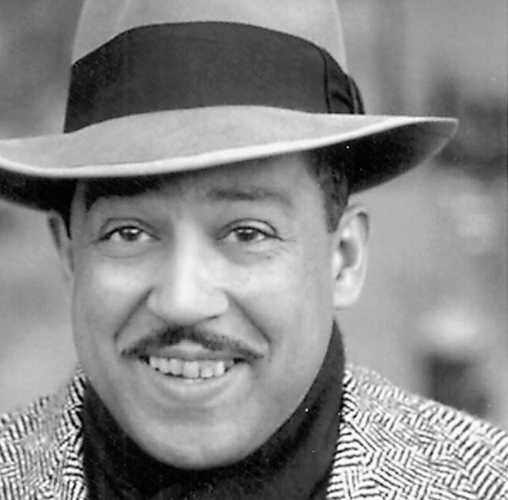 To fling my arms wide
In some place of the sun,
To whirl and to dance
Till the white day is done.
Then rest at cool evening
Beneath a tall tree
While night comes on gently,
Dark like me-
That is my dream!

To fling my arms wide
In the face of the sun,
Dance! Whirl! Whirl!
Till the quick day is done.
Rest at pale evening…
A tall, slim tree…
Night coming tenderly
Black like me.

The Path to Minimalism

Minimalism has been practiced accidentally for a long time with names like “thrift” and “good housekeeping.” In this age of consumerism, excess, waste, and chaos, it has been revived as “minimalism.” Like many other good ideas, it gained impetus in its extreme and radical forms because extreme and radical get attention. Dave Bruno came up with the idea of limiting his possessions to 100 objects. Marie Kondo thinks 30 books are enough. Tiny house enthusiasts are in a race to see how much tinier their dwellings can be. Extremists like Bruno and Condo challenge our customary ways of thinking. It took some extreme Minimalist thinking to set me on my journey toward a better way to live. I have made progress, but I still have a long way to go. I am not aiming for 100 objects, but Dave Bruno has shown me that I can probably get along with fewer than 100,000. I don’t even want to follow Marie Kondo’s 30-book guideline, but she has convinced me that I don’t have to emulate The Library of Congress. I don’t really want to move into an old school bus, but I have learned a lot of space-saving tricks from people who have, and I have started thinking about what kinds of spaces are inviting and happy-making. I think composting toilets are ecologically a great idea, and I admire the people who have committed to them, but I am not ready to give up the water flush. 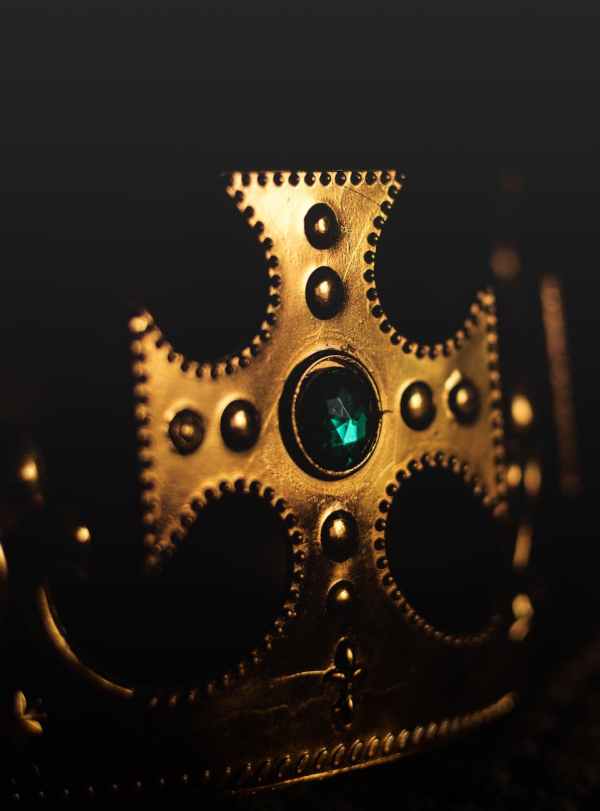 Vashti was a brave woman who had the strength to say “no” to being trotted out and paraded around like an object. The men were terrified by her courage. They didn’t want their wives and girlfriends getting ideas because of her.

On the seventh day, when King Xerxes was in high spirits from wine, he commanded the seven eunuchs who served him—Mehuman, Biztha, Harbona, Bigtha, Abagtha, Zethar and Karkas— to bring before him Queen Vashti, wearing her royal crown, in order to display her beauty to the people and nobles, for she was lovely to look at. But when the attendants delivered the king’s command, Queen Vashti refused to come. Then the king became furious and burned with anger….Then Memukan replied in the presence of the king and the nobles, “Queen Vashti has done wrong, not only against the king but also against all the nobles and the peoples of all the provinces of King Xerxes. For the queen’s conduct will become known to all the women, and so they will despise their husbands and say, ‘King Xerxes commanded Queen Vashti to be brought before him, but she would not come.’ This very day the Persian and Median women of the nobility who have heard about the queen’s conduct will respond to all the king’s nobles in the same way. There will be no end of disrespect and discord. 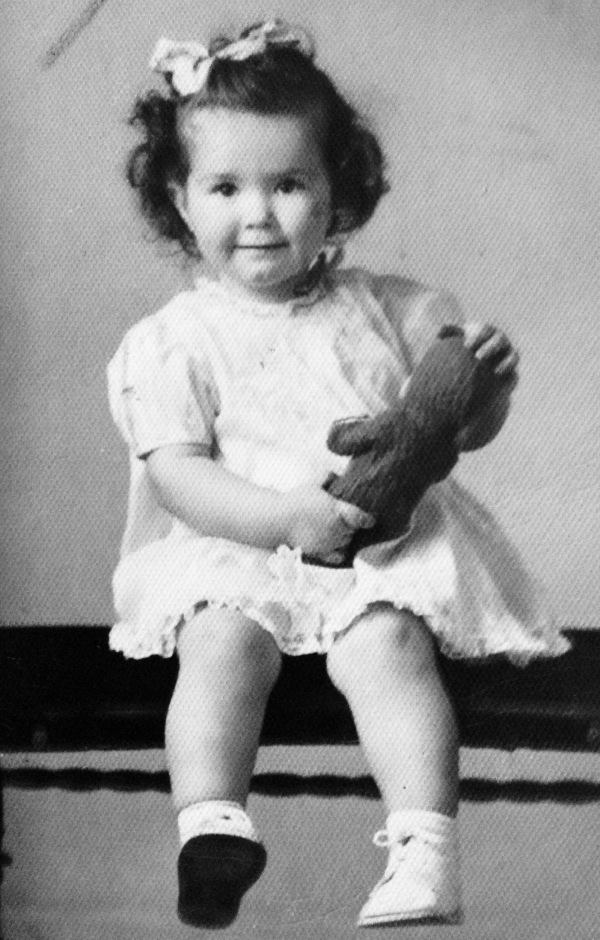 I wish I had known a long time ago that the most important parts of history are found in the stories of everyday lives of ordinary people. I would have asked my parents and grandparents many more questions about their lives, especially about the years before I was born. In this column I will share excerpts from Stories About My Ordinary Life, and “autobiography of sorts” that I wrote for my children and grandchildren. The complete post, with a download button, is posted on the blog An Ordinary Life.

When we lived on the farm at Prairie Valley, Texas, just a few miles from Nocona, Mama wore her red Nocona boots most of the time.